UltraCorps - The Boardgame That Isn't

Email ThisBlogThis!Share to TwitterShare to FacebookShare to Pinterest
No comments:
This review / strategy discussion of UltraCorps was published back in May 2012.  UltraCorps continues to maintained and hosted through Steve Jackson games.  It's interesting seeing other browser based 4X games come and go (Neptune's Pride 2 is a popular one at the moment).  I've played a number of them but UltraCorps is the one I keep going back to.  It is a great design and despite the old-school interface and UI design, remains a deep and interesting to play.  If you are up for a game, shoot me a tweet and we'll set one up! (June 11, 2014).


If you haven’t heard of UltraCorps, I’m not surprised. While it isn’t strictly speaking a boardgame, it IS a product of Steve Jackson Games, so that counts a little right?

UltraCorps is a free simultaneous turn-based, multiplayer browser/web game with a space conquest theme. I feel it is relevant to talk about here at BGG for a few reasons:

(1) The line between boardgame and video games is blurring rapidly, particularly with e-versions of boardgames becoming common place and online play for many boardgames a frequent occurrence.

(2) It’s quite an interesting game and one that I think would appeal to many people here based on the kind of gameplay and decisions that occur (mostly what this article is about).

(3) It demonstrates, rather nicely, how the depth and strategic of elements our many of our beloved boardgames can be augmented and implemented in interesting ways in a digital format. 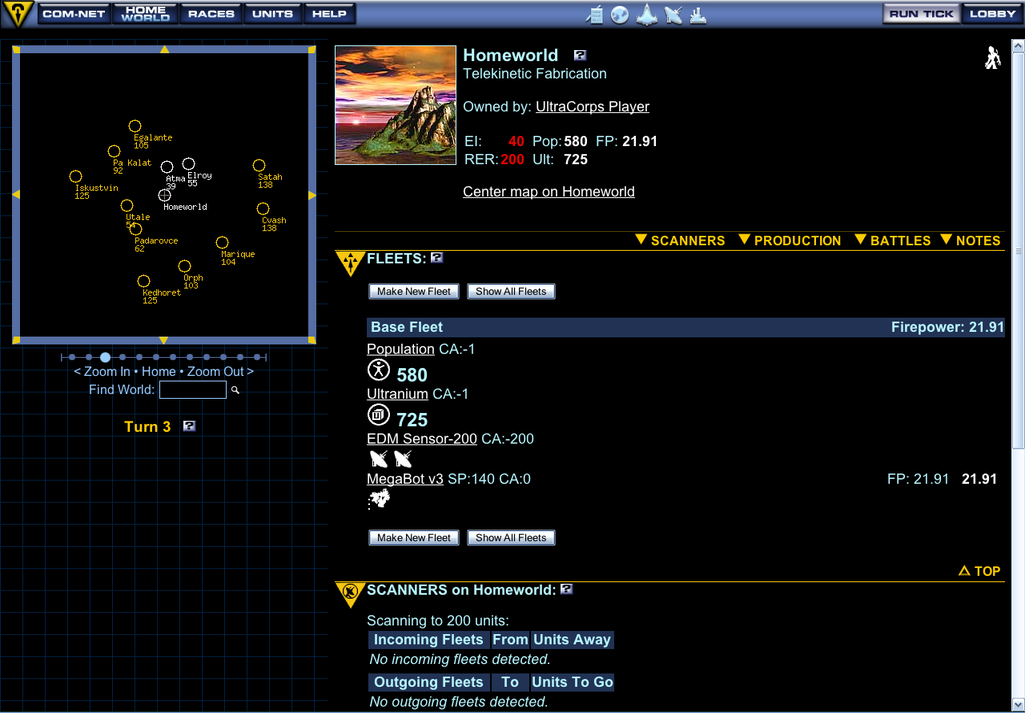