Email ThisBlogThis!Share to TwitterShare to FacebookShare to Pinterest
Below are game designs I have created that either published, released, in development, or in the early stages of design.  Feel free to leave a comment if something looks enticing!

Hegemonic is a fast-paced game of galactic expansion, empire-building, conflict, and intrigue. As the leader of a Great House, you must expand your control over the sectors of the galaxy, build up your industrial, political, and martial capability, develop awe-inspiring technologies, and carefully time your actions to outmaneuver the other empires.

Deep Strategy
The players are in control, shaping the unexplored galaxy to support their strategic plans instead of having choices dictated by chance.

Multilateral Conflict
A player’s industrial, political, and martial systems can all be used offensively and to control regions of the galaxy.

In Emissary, players will explore locations on the “Map”, comprised of a grid of cards, and will then collect and use resources to build up Influence across these locations. Locations that are adjacent and share a common suit form larger Regions, over which players will compete for having the most relative influence. Points are awarded at the end of the game based on the size of each region as well as how much influence each player has in that region.

My foray into the realm of semi-cooperative / confusing objectives games. Basically, players are dealt a few hidden roles (constituents) that have a positive and negative goal condition. The game situation is that there are six crises facing the world (environmental, financial, ethical, political, health, and war) and players are trying to propose and vote on proposals to avert the descent into the abyss. The rub is that all the proposals are trade-off, reducing one crisis while accelerating another. So the tricky part is deciding when to push for a “good” future versus when to throw in the towel and push for a “bad” future.

This is a design I’ve been kicking around for the past 10 years or so. The world might be ready for it now that I’ve completely redesigning it, but the spirit remains the same. Essentially, players are shapeshifters competing over a series of trials to win the most kudos. Players chose and simultaneous reveal a card each round; which could be to morph into a new animal form to better met the current trial objectives, or trigger a special power to do some effect. It’s a bit of a social deduction game crossed with a take-that game. Nothing too serious but it’s more strategic yet faster playing than many games of similar ilk (I think so anyway).

Basically, I’m trying to create Poker: The Gamer’s Edition except it somehow got crossed with a mythology theme and an older game called Plague + Pestilence. Basically, players have a pool of population (chips) that they use to bid for having the winning hand; like in Poker. The difference is that these chips are also used to support gods, build temples, and other empire building stuff that boosts your empire in another arena of play. This was also an older idea that I’ve circled back to by completely re-doing the design.

I love ecology. I have some fairly well developed ideas for making a tile-placement game around building up to higher and higher trophic levels across a gradient of landscape types. I want it to be simple though, something playable in 30-45 minutes, and possibly “educational” in nature (gasp!).

I love Roger Zelanzy’s Amber books – and I’ve been kicking around ideas for how to make an Amber boardgame that captures the drama and subterfuge of the books. I have vague notions of it being a sort of spatial cat-and-mouse deduction game, except everyone has their own goals/agenda while also having to try and figure out and stop everyone else’s plots. Have some ideas for playing with hidden information in various ways. We shall see. 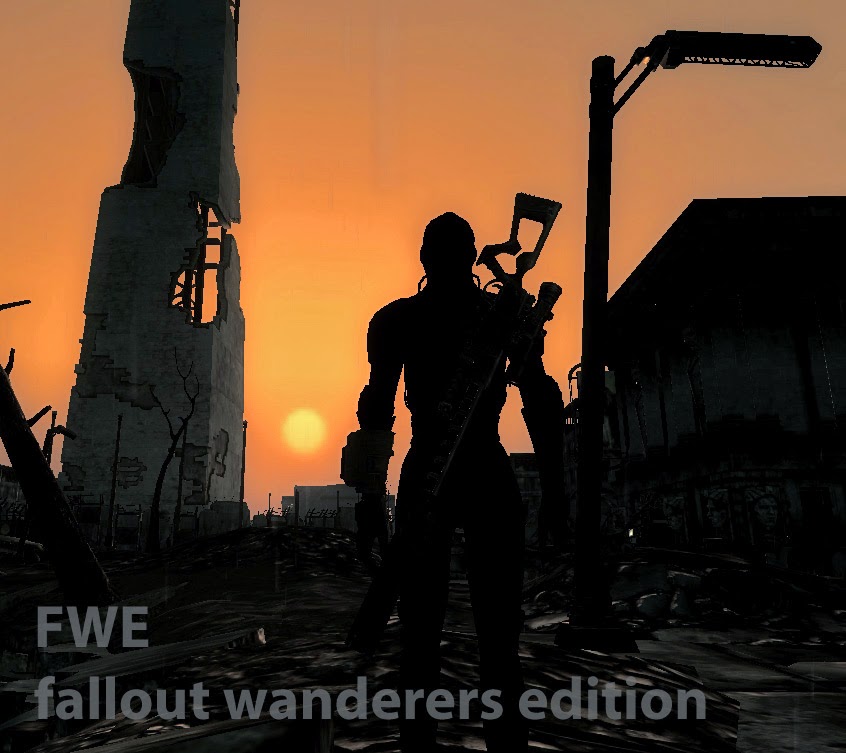 Fallout 3 Wanderers Edition (FWE) is a major overhaul mod for Fallout 3 that changes underlying game mechanics and adds new features to the game. The aim of the mod is to improving the challenge, sense of immersion, depth of gameplay, and range of options compared the vanilla game. Generally, you'll find the wasteland to be a more dynamic but far less forgiving place.

FWE is the #1 mod for Fallout 3 on Fallout 3 Nexus, and has been downloaded over 1.5 million times.