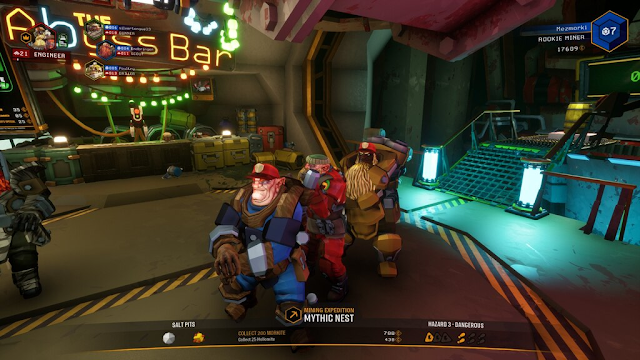 Being the giant game geek that I am, holidays inevitably end up with friends and family asking me for recommendations. Not that I mind, as I am always looking for an excuse to talk games! But, I’m often left a bit flat-footed when it comes to making recommendations. Perhaps I don’t step back and reflect on what the standouts have been over the years. Or perhaps too much time is spent thinking about games from the perspective of critique and analysis, as opposed to “what should I buy?”.

So this thread will perhaps be the start of a new yearly tradition of rounding up games that I’ve played, whether new-to-the-year or just older classics worth mentioning. This first endeavor is going to focus on video games, primarily because the Steam sale is ending on January 5th and if anyone needs guidance on where to spend their holiday bucks, this might be useful.Without any further fanfare, let’s just jump into things!
2020 Big Game Theory Video Game RecommendationsTactical & Rougelike Games 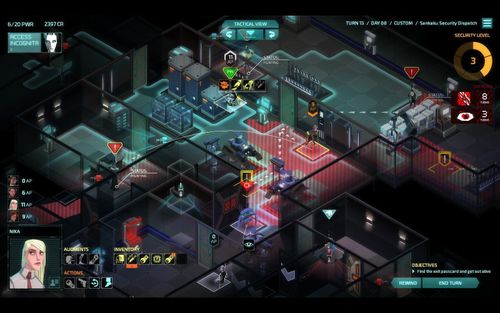 Invisible Inc (2015)Steam/ PC ($5.60, 78% off, for bundle with DLC)Games that successfully deliver multi-layered, intertwined gameplay are rare. Invisible Inc is one of those successes. I should say that my patience for games focused on turn-based tactical combat (which this game does) is “normally” pretty limited, largely because so many of them employ nearly the same mechanics which result in nearly the same dry, unit activation order, optimization exercises. Invisible Inc brilliantly avoids this trap by forcing players to carefully balance stealth vs. combat attacks and moves in the physical space vs. the virtual space, all while under the auspice of ticking security timer that applies pressure and forces you into sub-optimal situations. Plenty of tough choices throughout the game, making it one of the most deeply enjoyable tactical games I’ve ever played. 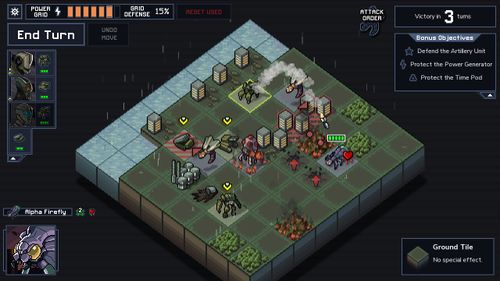 Into the Breach (2018)Steam/PC: ($7.49)A clever, vaguely “chess-like” tactical game where you deploy 3 units onto a gridded battlefield and attempt to accomplish various mission objectives while keeping the enemy forces in check. Clever unit abilities combine in all sorts of ways. Each mission becomes its own intoxicating puzzle. I’m not normally one for puzzle-solving, but here the variability and consequential decisions always keeps me on my toes. From the developers behind Faster Than Light (FTL). 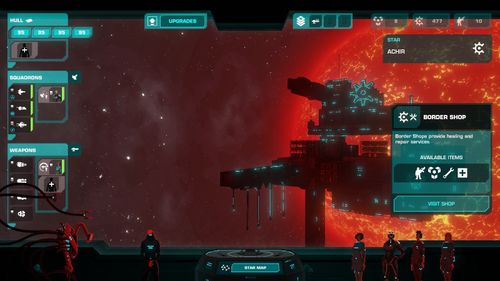 Crying Suns (2019)Steam/PC: ($14.99, 40% off), iOS/Android ($8.99)Mechanically, Crying Suns, which is a bit of a FTL derivative, tasks you with guiding your customizable space-jumping battleship across multiple sectors of space in order to solve an inter-galactic mystery, all the while staying one step ahead of hostile pursuers. What drew me in was the narrative and atmosphere. I’m not easily grabbed by video game plot lines, especially in this genre, but this one struck a chord. The aesthetic of the game quite engrossing as well. Gameplay is appropriately challenging and diverse.Strategy / 4X Games 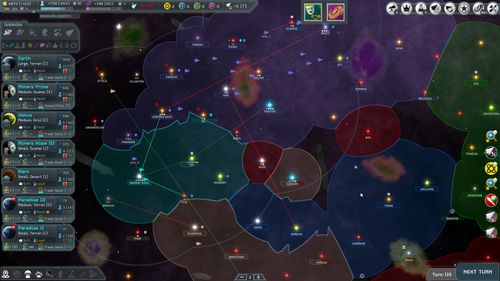 Interstellar Space Genesis (2019)Steam/PC ($14.99, 50% off)Games attempting to capture the feeling of Master of Orion 1 & 2 come and go like leaves in the wind, and nearly all of them are forgotten in time. ISG is the rare exception, drawing inspiration from MoO1/MoO2 where it matters most (in the scale, pacing, and tough decision making laced throughout the game) and innovating where there is room for improvement (exploration, UI, leaders, strategic resources). All in all, ISG is an exceptionally well designed game and, despite a few rough edges in the graphics, is one of the best playing and strategic 4X games around. 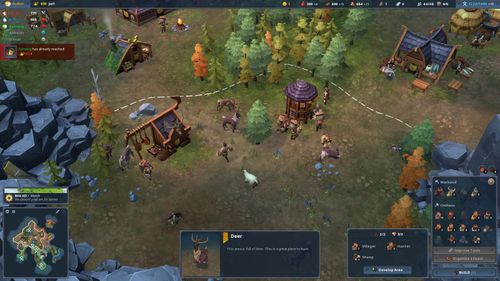 Northgard (2018)Steam/PC ($11.99, 60% off)A wonderful mashup of real-time strategy (RTS) and 4X/civilization, Northgard has you managing a nordic clan as you seek fame, glory, and the blessings of the gods. If you’re in the mood for a shorter 4X-like game, there is none better. Despite the clan management scale of the game, it nevertheless captures the strategic civilization-like decision making better than most full 4X games. The victory system is finely honed, the UI flawless, and the decisions routinely tense and interesting. 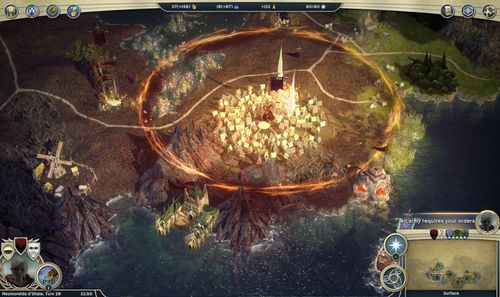 Age of Wonders 3 (2014)Steam/PC ($24, 65% off for collection bundle with all DLC)Age of Wonders 3 is my favorite 4X game of all-time. No other 4X game delivers on the promise of deep strategic positioning and maneuvering as well as well as AoW3. This strategic layer is married to the best tactical combat system found in any 4X game. The variability in the game, due to different combinations of fantasy races, hero classes, and magic specializations is exceptional. Couple this with an awesome victory system that avoids the usual 4X late-game fumble and you have a winner. Age of Wonders: Planetfall is the newer game in the series, using a science-fantasy theme. It is also a solid game - but I think AoW3 provides the better overall experience at the end of the day. Make sure to get the bundle with the two DLC's - it adds tremendously to the game. 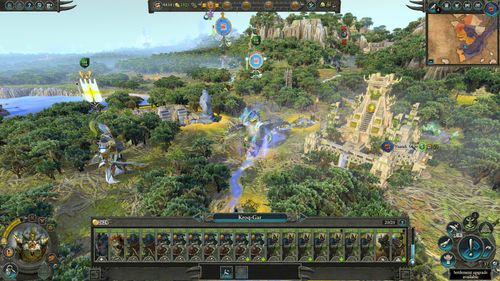 Total War: Warhammer I & II (2016 & 2017)Steam/PC ($14.99 for #1, $20.39 for #2, 75% and 66% off)The Warhammer Fantasy themed Total War games out grand-strategy most other grand strategy games, without even necessarily trying to do so. The scale of the game is huge, and both games can be combined to create an absolutely enormous world to fight across. There are a staggering number of different factions and leaders to choose from, most of which have a unique way of playing and asymmetric victory conditions. While I’m not a huge fan of the tactical battles (although the are awesome to watch!), the strategic layer alone is surprisingly engrossing. Expensive to buy into everything - but awesome to behold. 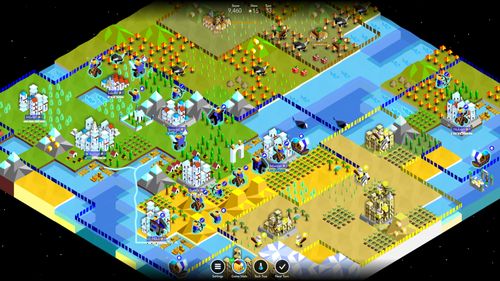 Battle for Polytopia (2020 for PC)Steam/PC ($9.75, 35% off), iOS/AndroidSelf-described micro 4X polytopia boils the 4X concept down to about the barest essentials. The result is a game that remains surprisingly deep and challenging, despite it’s pint-sized scale and quick playtime. If you’re looking for a game you can play in 15 minutes that scratches the 4X itch, look no further.Boardgame Related 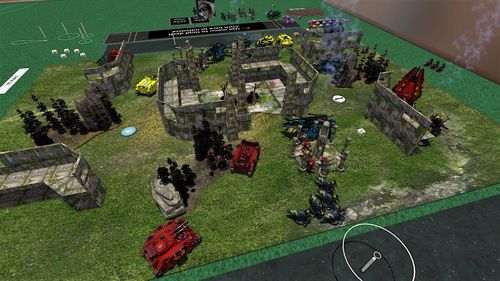 Tabletop SimulatorSteam/PC ($9.99, 50% off)When it comes to digital platforms for playing board games, TTS provides by far the largest library of games on offer (seriously, there are 1000’s of games available). The controls and UI takes some getting used to, and the system does NOT enforce game rules like other platforms. It is quite literally the virtual parallel to playing a physical game, complete with physics and everything. Once you get used to it, it’s a nearly limitless platform. Playing with friends while simultaneously in a video call (e.g. Discord) is the closest way to replicate playing a physical game. 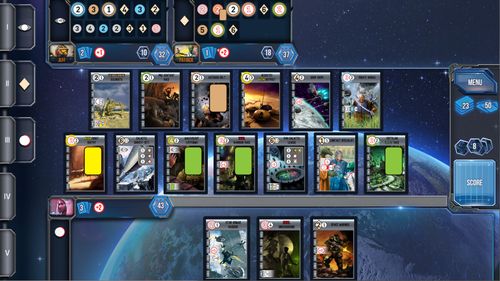 Race for the Galaxy (2015)Steam/PC ($4.89, 30% off), iOS/Android ($6.99)The Achilles heel of many a digital boardgame adaptation is that most AI’s just can’t put up much of a challenge. Enter Race for the Galaxy. The official game uses “Keldon’s AI”, which was developed in a standalone game application that predates the official app. Long story short, the RFTG app puts up a tremendous challenge and serves up a great UI on top it. It goes without saying that RFTG is also an amazing and classic boardgame, and having such a solid digital version does the game justice. 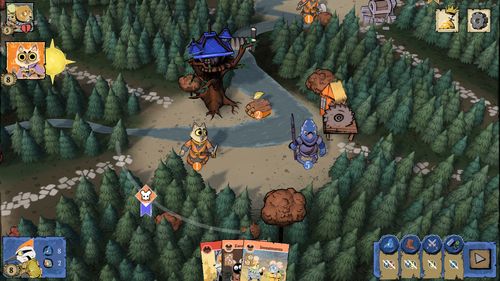 Root (2020)Steam/PC ($10.49, 50% off), iOS/Android ($9.99)Root has been one of my favorite board games in recent years, and the recently launched digital version of the game is really quite delightful. The artwork is translated into the digital realm in a great way. I’m not sure how easy it would be to learn the game from just the digital version - there are built in tutorials but they don’t really explain the underlying game concepts that well - but that aside this is a solid entry. As with most digital boardgames (Race for the Galaxy, above, being a big exception) the AI is a bit of a pushover. It’s available on Steam and mobile platforms.RPGs / Action RPGs 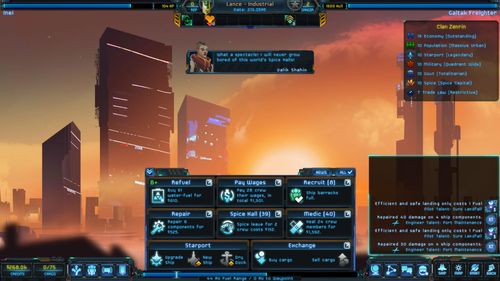 Star Traders: Frontiers (2018)Steam/PC ($7.49, 50% off), iOS/Android ($3.99!!!!)This is an unassuming but deeply engaging game. Essentially, it’s a starship captain simulator, where you assume the role of captain (surprise, surprise) as you manage your ship and crew. You’ll explore a galaxy littered with different star systems and inhabited by different factions - much like the imperial houses of Dune. There is some solid writing in the quests, an absolute avalanche of content, and plenty of tough and interesting challenges to overcome. Excellent sandbox universe to immerse yourself in. 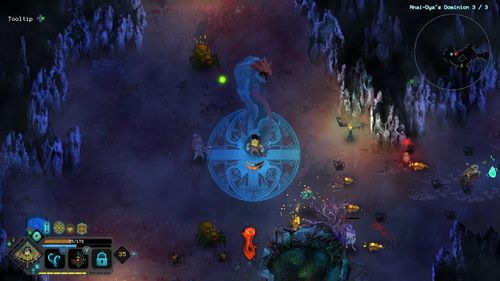 Children of Morta (2019)Steam/PC ($10.99, 50% off)Wins the award for the most amazing pixel art ever in a game. But in terms of gameplay, Children of Morta is an action RPG (think Diabo-series) crossed with a roguelike. It’s a pretty twitch heavy game and get’s pretty challenging at times, but it’s a lovely experience. The narration and pixel art is worth the price of admission. This is a great game to play on the big screen with a couple of controllers. It supports shared-screen coop so it's a fun game to play cooperative in person.FPS Co-opsAll of the games below fall within a pretty similar gameplay space, which is essentially first person shooter games structured as a 4-player cooperative multiplayer affair. If you've played and liked Left 4 Dead, these games are in the same spirit.My wife quite enjoys playing this style of game (as do I) and these all have stood the test of time IMHO. YMMV of course, but I’m regularly playing all of these on a rotation of sorts. It’s worth noting that all of these games are best played with friends and using voice chat. During the pandemic, these have been a lifeline for us to keep in touch with friends and have activities to share together. 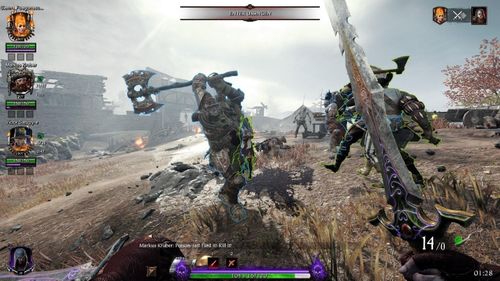 Vermintide 2 (2018)Steam/PC ($7.49, 75% off)Set in the Warhammer fantasy universe right during the “End Times” (i.e. before the Old World gets destroyed by Chaos). This game has an incredible atmosphere, great characters with amazing voice acting, and without a doubt the best melee combat I’ve ever seen in an FPS game. When the tide of rats, chaos cultists, and beastmen roll into view, the combat is tense, frantic, and fully engrossing. It’s one of those games that is high skill and consequently sucks you into a zen or flow state of total concentration. 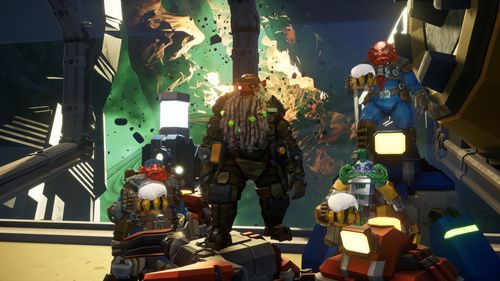 Deep Rock Galactic (2020)Steam/PC ($20.99, 30% off)Dwarves, space dwarves, space asteroid mining dwarves (obviously), beer-guzzling space asterius mining dwarves while fighting off hordes of bugs. And of course silly hats. That about sums it up. This is a really enjoyable game with a fun, jovia, tongue-in-cheek atmosphere. Missions take place inside completely destructible environments as you and your fellow dwarves dig for rare resources and then scramble to get back out of the mine before the drop leaves you all behind. Good family fun. 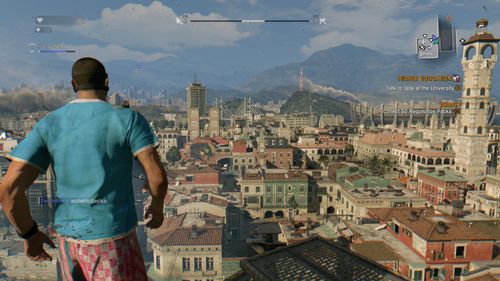 Dying Light (Enhanced Edition) (2015)Steam/PC ($17.99, 70% off)I recently stumbled on this one, and I’m pleasantly surprised. This is a 4-player FPS coop crossed with an open world-style game (which are typically only ever single-player). Of course, it’s a zombie apocalypse open world, so you and your best buddies can have a field day scavenging the ruined city for supplies and resources. The signature feature is the incredible parkour system, allowing you near limitless freedom to climb and scramble your way through the world. The combat is a bit silly at times, but overall it’s a well done game.ConclusionThere you have it! I’m going to try and get the board-game version out as soon as I am able.How about you? Any video games that have really stood out to you over the past year? Love you hear from you all. Best wishes in 2021.