Reflecting on Depictions of the Great War 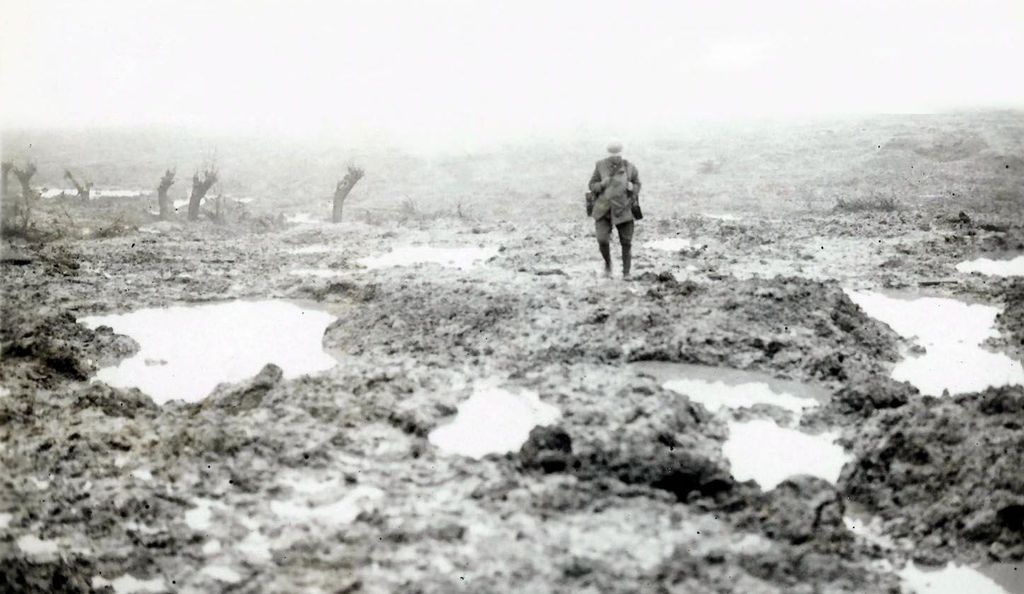 I just finished listening to Dan Carlin’s podcast series on World War I Blueprint for Armageddon. A friend, far more into history than myself, urged me to listen to the show - and on a whim I did. Approximately 24-hours later, spread out over the course of a month, I have absorbed it - in all of its shocking, horrifying, and tragic reality.

I’ve never been a big history buff, preferring instead to appreciate the subject from afar and look forward. But I am utterly enriched by having listened to this tale of humanity gone off the rails. The time period leading up to the Great War and during it, is a time I knew little about - but always seemed so interesting to me, the roots of it so buried in the past and yet so close and tangible to the modern world.

I was traveling through Austria many years ago and when much younger. I was filled with wonderment in thinking that were “Emperors of Austria” (the Austria-Hungary empire) that were alive in the 20th century. I knew this because there were statues of them everywhere. In my mind, Emperors and Kings and Tzar’s were things that existed back in the Middle Ages or the Renaissance - surely not in the 20th Century. And so I always wondered how the world transitioned from the “old world” powers to the modern world I lived it. And I certainly didn’t understand how WW1 played the pivotal role in forcing that change. Now I do - at least a little bit.

There were some things that I knew about the Great War. I knew that some Archduke named Franz Ferdinand of Austria was killed, which in turn kicked off the war. But I never knew about the remarkable, uncanny irony surrounding his assassination. And I never knew about ill-fated web of alliances between the Great Powers of the old world, that would set off a domino-effect of chain reactions and mobilization time tables that made war an inevitability when the trigger was pulled.

Of the battles I knew about the “Western Front” and trenches, and gas attacks, and artillery shellings. I knew it was horrible - but I didn’t really understand how horrible it was, and why it was so horrible. How battlefields from Verdun, to the Somme, to Ypres to turned into hellscapes of craters, poison, mud, death, and suffering. And where, on display, was both the worst capacities of humanity - as well as some of its finest. 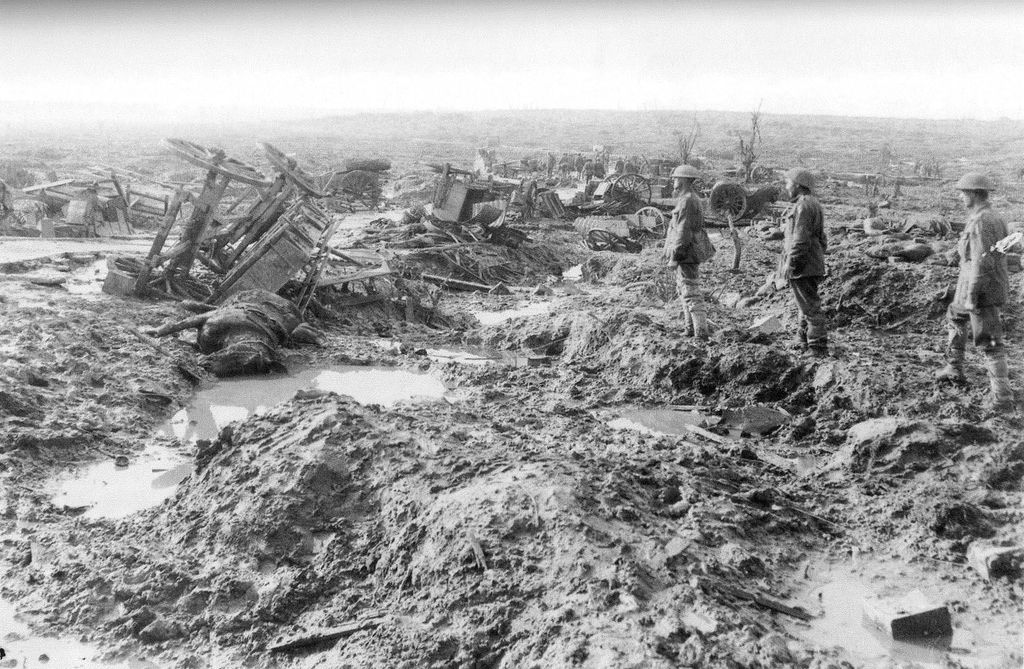 While Dan Carlin touches on the military history of a few key battles - his focus is far more on conveying the human experience and sense of loss and tragedy at work. It makes for painful listening. Much of it builds on the personal accounts from common soldiers to the highest ranking military leaders, on both sides, in order to paint a much wider picture of the unfolding madness. In particular, I was fascinated to understand how the industrialization of the military caught practically everyone off guard and at a terrible price in human life, as hard lessons were learned over, and over, and over again.

Perhaps most shocking to modern sensibilities, was realizing that the causes and justifications for the war did not match, in any way, the death toll that was being paid. World War 2 is easier to comprehend as sort of good vs. evil narrative - at least from the perspective of the Allies. But looking at WWI, this line of thinking doesn’t hold up. There is no good and virtuous ambition to the conflict - only bitter survival and victory by any means necessary. And this was made all more difficult to stomach when you realize how the entire pretense for the war was rooted in such old world sensibilities. That the various “secret treaties” were negotiating territorial claims with staggering costs in human life. And to what end?

I understand better how the world came to be as it is. How the culmination of the first World War set the stage for the second. And through all of this, I have a changed perspective - and that impacts my view of certain games. 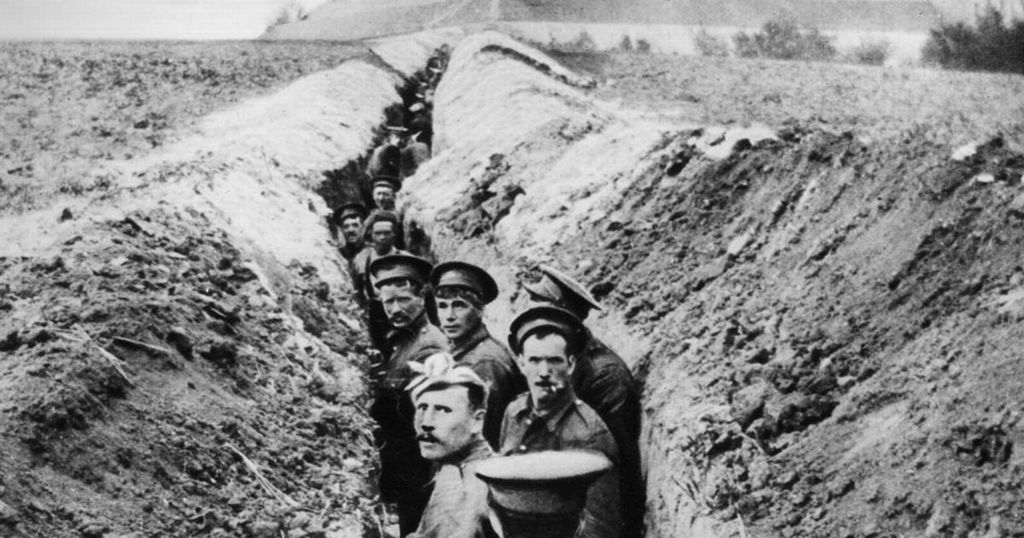 There has been considerable discussion about EA’s latest entry into the multiplayer shooter area, Battlefield 1 - which is set during WW1. The first game in the series, Battlefield 1942, was set during WW2. Then there was one set in the Vietnam war. Battlefield 2, 3, and 4 are all set in current or near-future times. It is important to note that beyond traditional wargames and strategy games - not as many games have focused on WW1 as subject. And perhaps the tragic, futile, no-one wins, horror of it all is one explanation.

Wired wrote an article criticizing Battlefield 1 - asserting that unlike the heroic narratives and good vs. evil tales that fom the backbone of countless WW2 games, there is little heroic about WW1. It was a tragedy all around. The Wired article criticizes the game’s handling of the subject matter by EA painting WW1 as bombastic and explosive action experience. In the real WW1, you were as likely to die stuck and slowly sinking into the toxic mud at the bottom of a shell hole, abandoned by your comrades, as you were to die by an enemy bullet or gas attack. But the reality doesn’t make for a FPS game with a lot of “player agency” does it? 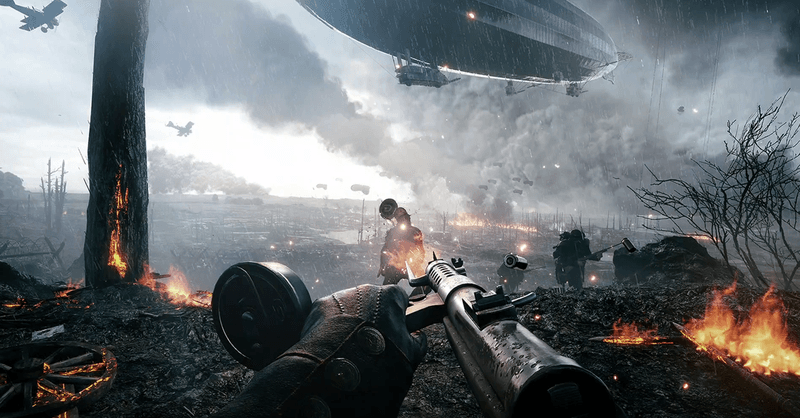 Regardless of whether you agree with the gist of the article or not, or with EA giving the “Battlefield” treatment to WW1 - it was the comments to the article that most struck me, because it raises lots of questions about the medium of games as a whole, and how they handle their content and subject matters specifically. As with many things, there is no right answer. There are simply different perspectives - and they all have their own values and merits.

There are people asserting that this is entertainment, and freedom of expression, and if you don’t like it then ignore it. What’s the harm, they say. This is a valid perspective - and certainly I don’t think censorship or anything like that should be considered. Further they argue, that other war-themed games from other eras are likewise filled with tragedy and lies and horror - why is there no outrage in those instances?

But this is where, being informed and knowledgeable about a subject changes your perspective. Having listened to harrowing accounts of WW1 combatants - I would have a hard time playing something like Battlefield 1, themed around WW1, where the basic premise is so incongruent with the reality of WW1 warfare. Why even play a game about WW1 if it bears no resemblance to WW1 in the first place? Then, one might ask whether or not making the experience more authentic would actually be any fun as a game. Maybe it wouldn’t be. And the point at which you are asking that question, is the point where you start to question what the appropriate entertainment value is that you personally are seeking out in a game.

Contrast Battlefield 1 - a first person video game totally disconnected from its theme - to the Grizzled, a cooperative board game intimately linked to it. The Grizzled, without ever asking its players to shoot at (let alone even see) the German opponents manages to evoke a first perspective of having to deal with - or at the very least become cognizant of - the issues and psychological traumas soldiers grappled with. The tangle of interpersonal interactions in the game does the realities of WW1 far more service. Of course this isn’t an action game - it’s a sobering experience of trying to mitigate the worst the war has to throw at you, while helping your fellow mates retain their life and sanity and see it through to the end of the war.

One of the values of games is in teaching. While playing the Grizzled may not be “fun” - it is nevertheless engaging and thought-provoking. While you don’t learn a lot about the war - you at least get a hint of what it could’ve been like to be there. Battlefield 1 - in all its grandeur and detail and garishness - doesn’t appear to convey much of anything that might enlighten one about the war. But it’s entertainment right? Maybe it doesn’t have to. Or maybe, the pointless senseless disconnect that Battleflied 1 may offer up provides a commentary on the Great War afterall. 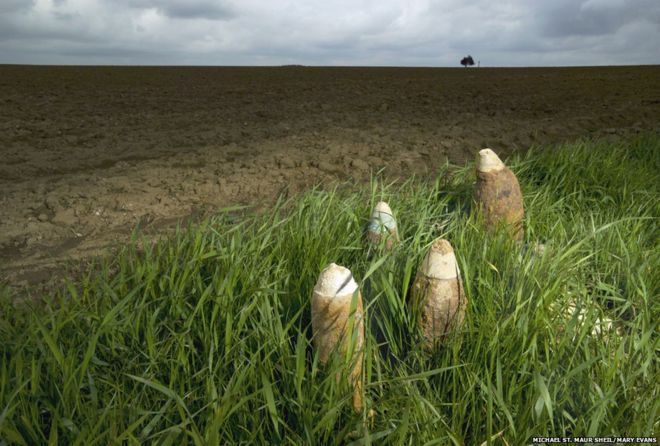