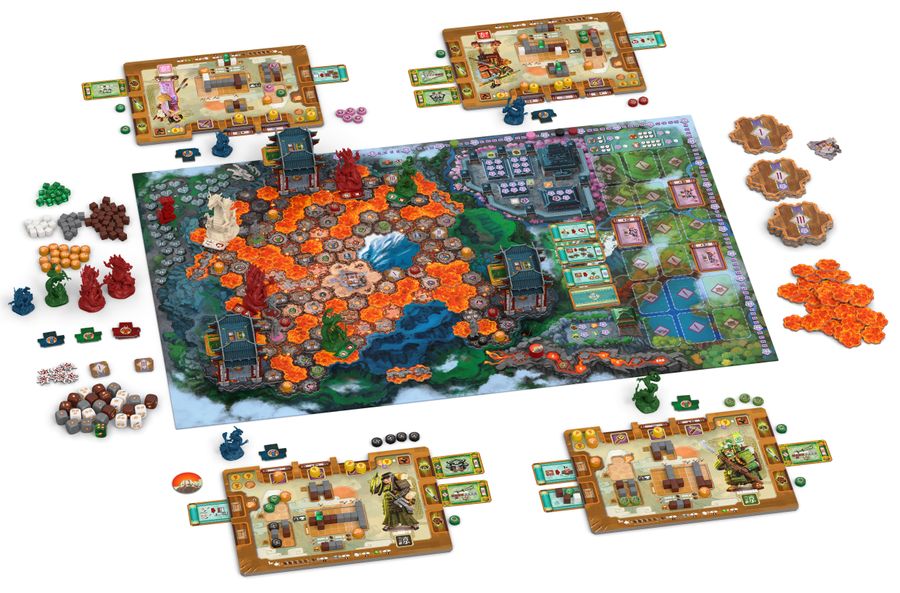 So I was reading the news and stumbled upon a Geek Buzz List related to Essen (which recently ended). Wanting (of course) to stay on top of what all the cool kids are doing, I took it upon myself to breeze through the top 50 or so the most buzzy of the titles to see what stood out to me, given my proclivities.

Really, this was a thinly veiled experiment in confirmation bias.


Here's what I did. For each title, starting at the top of the list, I opened up the BGG game page and spent roughly 10-seconds skimming the summary description. From there, I took a flip through the images (another 30-45 seconds). If the game seemed remotely of interest, I then checked to see if any of my vast, well-gamed, and profoundly insightful geek buddies had anything more to say on the game in question.

To get a few of my biases out of the way, I found myself disregarding, almost immediately, games that did some or all of the following: self described as an engine builder, references resource conversion, calls itself a eurogame, has more table space devoted to personal play areas/mats than a central/shared space, uninspiring visuals. Am I biased? Yes, I am. But frankly there are so many freaking games out there already (and even more frankly I have more than enough on my shelf as it is) that it takes a lot to make a game capture my interest without a more reliable geek buddy recommendation.

So then, what stood out? I have a list of only six games out of the top 60 or so. Order based on their "buzz-level" and not my ranking.

A re-implementation of Ghost Stories, which I never played and know little about other than it's cooperative. Anyway, the artwork stood out, and cooperative nature and overall complexity is something that might be fun with my kids and nephews. It's an Antoine Bauza design, for what that's worth (neutral on that). Could be a fun one to try out. (No U.S. release yet?) 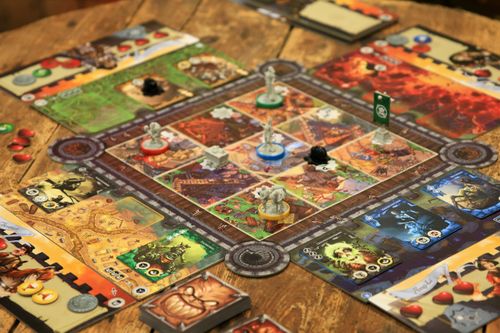 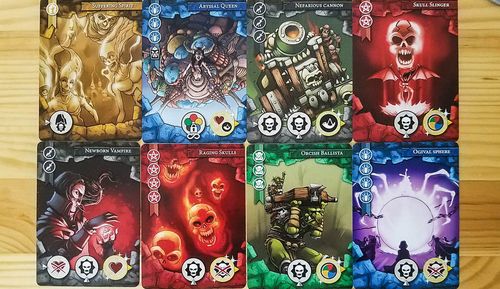 Friedemann Friese is a designer I think I enjoy more in concept than in practice. I do like Friday. I tried for 3-years to foist the Fabled Fruit on my friend and family and no one wanted to take a bite, so I traded it away. That said, I enjoy racing games of this sort, and the interplay between cards and crafting and spatial movement in a shared board-space sounds pretty cool. Would totally be a game I'd want to try with the kids. Limited appeal beyond that. My kids like sloths. So there's that. (No U.S. release yet?) 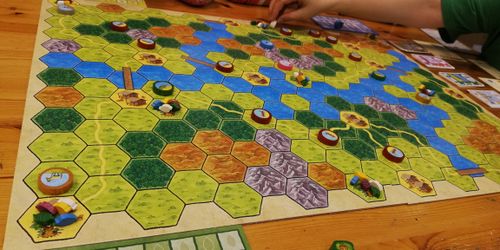 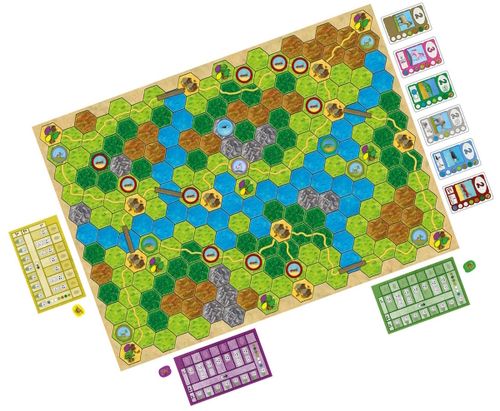 Bruno Cathala is a reliable designer for me. Jamaica, Cyclades, Kingdomino, Mission: Red Planet, Game of Thrones: Hand of the King are all personal favorites. Ishtar looks vaguely engine-buildy but it appears to all be happening on a shared board space? The component's look awesome and I really like IELLO's production. Always seems to look great and come in at a reasonable price. (Released in U.S, ~$45) 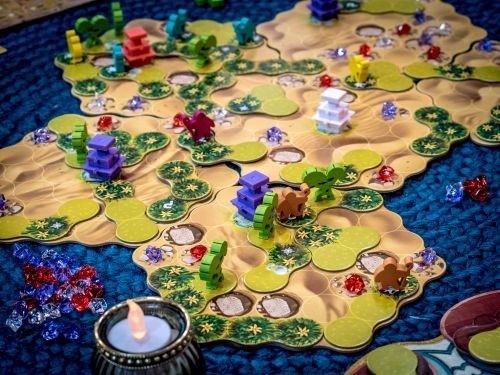 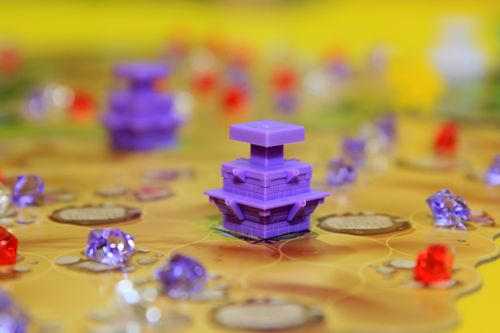 What is this game? Has some sort of crazy hybrid turn-based / real-time system with dexterity and area majority and tile placement? And it looks cool? Is this like the hobby gamer's version of competitive Jenga? Do I want it? (Released in U.S, ~$50) 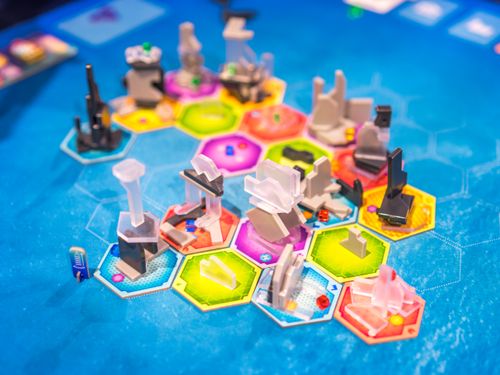 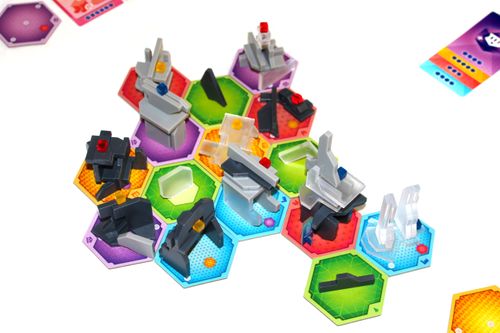 This game feels like a total mess, but specifically the kind of weird total mess with bunch of quirks and "flaws" that I'm willing to forgive in favor of it's imperfect, beautiful charm and ambition. Of course, none of this might really be the case, but this one has the potential to the sort of beautiful mess I'm looking for. Game a competitive or cooperative adventure game of trying to explore and plunder and subsequently escape this moltan-ous cave/landscape filled with dragons and random monks. Looks cool as hell, in the way that only a big beautiful mess of a game can. (Not released in U.S.?) 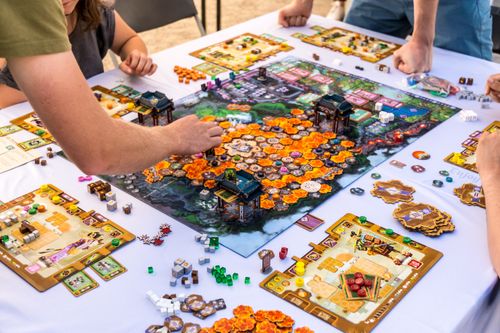 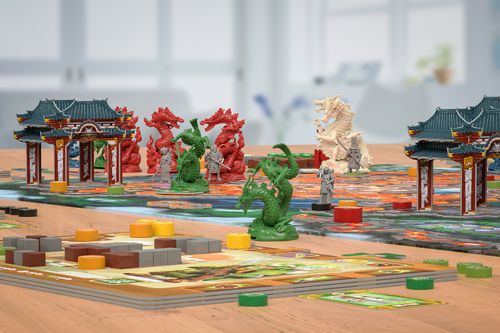 Last, but not least (cause these aren't in any sort of order), is this fine looking game. Dawrin is awesome. And this game looks awesome. I can't glean much from the information at hand, but it's one of those games that looks to present the player with some a binary choice on their turn, but which cascades into deep and interesting decisions. Remains to be seen how it shakes out in practice. (Released, pre-order? Expensive? ~$70) 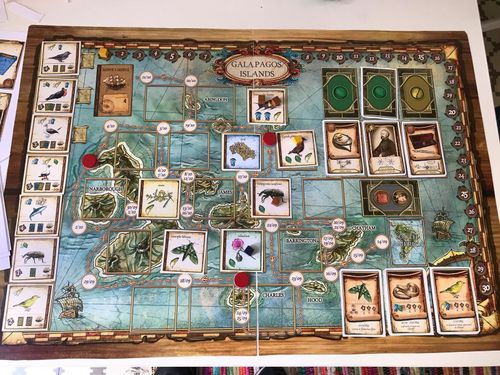 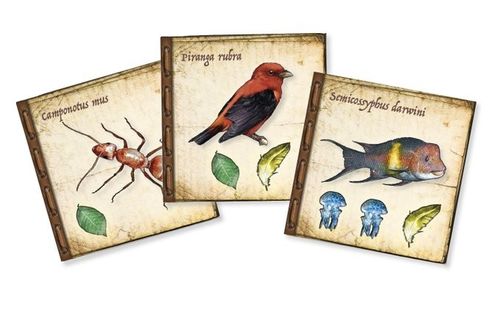 So that's my completely incomplete and nearly-random blitz through the Essen GeekBuzz list and what managed to percolate through my highly judgmental filters. Given my interests, what did I miss? How about you? What are you most looking forward to (if anything?). The phones are open. Cheers.