First of all, if you are reading this, I hope that you and your loved ones are safe and healthy. These are crazy times for a number of reasons, and many people are struggling mightily to thrive under the current global situation. It’s hard to talk about gaming and other non-essential items during such times.

But then again, talk of gaming or pleasurable pursuits is a spark of positivity and a shared passion that many of us can connect around and find joy within. So perhaps it’s okay. For my own part, I’m fortunate that both my wife and I are able to continue our employment in relative security - staying home and staying safe. Staying sane is another matter!

Nevertheless, I wanted to share that professionally I work in the design and planning field, specifically around street design, transportation infrastructure, and mobility planning. We continue to work (remotely!) with municipalities across the country, and it’s been insightful to see the range of challenges that people, communities, leaders, businesses, and others are grappling with right now, as well as the creative inventive ideas they have in mind to respond.

Regardless of your personal experience, the pandemic is a massive disruptor, and behavior patterns have already changed significantly across the country. There won’t be a “return to normal” for a very long time, and the new normal that emerges may very well look significantly different from what it looked like prior to the pandemic.

Through all of this, I try to find silver linings in these changing behaviors.

My family always embarked on evening walks through the neighborhood, and we’d at most pass one or two other people. Now, my neighborhood is abuzz with activity. There are more people walking with their kids, biking, and hanging out in front yards than I have ever seen. I went to a large nature preserve the other weekend. In prior visits we’d maybe see four or five other cars. Last weekend there were about 90 cars in the parking lot with tons of people out enjoying nature (and for the most part maintaining a respectable physical distance).

The frantic pace of life has slowed down, with the torrent of afterschool activities and obligations that once kept us busy screeching to a halt. We, like so many others I observe, are finding more time to spend outdoors and reconnecting with nature and immediate families. People are rediscovering creative pursuits in the interest of keeping themselves busy. These are silver linings and shifts in behavior that I hope becomes a part of whatever “normal” comes next. 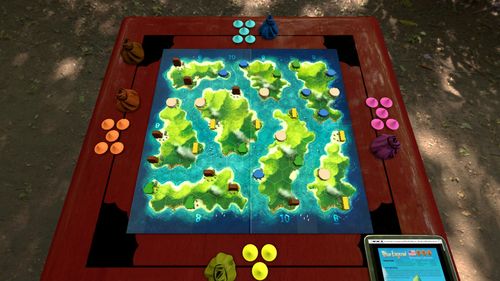 Another silver lining that hits closer to this blog relates, of course, to gaming. At the heart of it is the realization that I can (and have) connected to my long-time friends (who are also my main gaming buddies) more frequently now than I have in many years. Granted, we aren’t meeting in person, but we’ve embraced technologies as a way to connect. And we’re seeing each other’s faces, even if through a screen, more frequently and casually than ever. Whether it’s having a virtual happy hour after the work day, or opening up Discord to have an open video connection to each other while playing a video game, we are, in a strange way, connecting even more.

When it comes to boardgames, the past few years have posed a challenge for my circle of friends. As more life responsibilities pile up, finding the time to meet up and play games gets harder and harder. But in seeking out the need for connection, and in using technology more nimbly, we’ve realized that we are all closer and more easily connected than we thought.

This week we all got our copies of Tabletop Simulator dusted off and tried it out for the first time, despite having it tucked away in our Steam libraries for years. Why weren’t we using this earlier?! We’ve played about 15 games of (which I also bought in meat-space), knocked out a game of Blue Lagoon, and dabbled around with a handful of other games we’ve been wanting to play more of: Root, The Expanse, Study in Emerald. All in just a week. Heck, we even launched the Cosmic Frog mod and marveled at that game as the evening wound down. 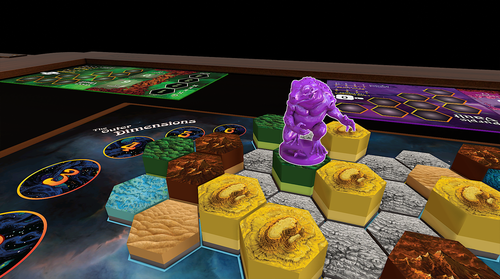 Granted, Tabletop Simulator (TTS) is a little clunky and rough looking (the UI is pretty ugly I have to admit), but it does work surprisingly well provided the specific virtual game mod is put together throughtfully. For those on the fence or curious, TTS is definitely worth a try as a way to get your boardgaming fix - but perhaps more importantly as a venue for connecting to other people in your life through games. You’ll want to make sure that you use Steam’s built-in voice-communication (or another platform of your choice to share voice and video) while playing. Overall, it’s been a blast and we’re looking to use TTS much more.

At home, we’ve been carving out more time for gaming as a whole family or one-on-one. I dragged HeroQuest off the shelf and started up a campaign with my two daughters (ages six and nine). They are having a good time with it. I’ve played probably 30 games of Wingspan over the last month with my wife (she’s an ornithology fan and teaches ecology and other sciences). We have quite a healthy rivalry going on. Plenty of other games have been put through the ringer as well.

I’ve also found myself with more time to devote to game design projects once again. In a fortuitous twist, needing to work (and teach our kids) from home prompted us to finally buy a printer. Of course I found an affordable color laser printer right as the pandemic was striking. It’s been awesome for working on game prototypes and also printing out PnP materials (I mean, printing out school assignments and work reports!). I continue to work on Emissary, and now that I’m familiar with Tabletop Simulator, I plan to make an Emissary mod to facilitate more player-to-player testing with my group.

I’ve also reccussicated a number of other game design projects. I had been working on a cooperative story-telling adventure game that I’m quite excited about, but was struggling to find time to work on. I’ve made good progress over the past month and have even solicited my children’s help in idea generation and artwork! It’s quite charming. Nothing is quite playable yet but I do want to write up a post talking about it more soon. I think it’s has some legs.

I also dug out my prototype stuff for a Chronicles of Amber-themed card game I was working on, which is in a playable state. It’s a fairly simple game using an expanded deck of traditional rank and suit cards, but has some fun and clever ideas. I’m excited to try and whip that into better shape, and it’s also a candidate for a TTS mod so I can move into the testing phase more easily. Right now, the prototype is playable using the Badger Deck, which is an awesome designer resource unto itself. 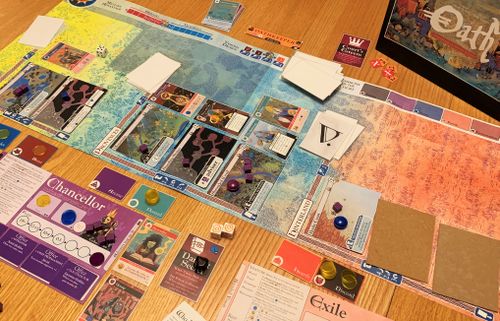 On the print-and-play front, I've put the new printer through its paces and build a rather nice (if I do say so myself) prototype copy of Oath: Chronicles of Empire and Exile. I've played two games solo so far, and am also looking to dive into on TTS with my buddies. It's a rather fascinating (if still heavily evolving) design. I'll have to talk more extensively on that in the future too.

That’s it for now! I have a growing pile of articles to write-up - reflections on games, recommendation lists, game designs, and more. Hopefully I can work in a schedule of more frequent posting. Writing is therapeutic for me. Hopefully reading this drivel is therapeutic for you! If nothing else, it’s way to stay connected to a community of fellow human beings.

We’re all in it together.